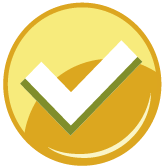 Based in the beautiful Malvern hills, IASME work alongside a network of over 250 Certification Bodies across the UK and Crown Dependencies to help certify organisations of all sizes in both cyber security and counter fraud. IASME is committed to helping businesses improve their cyber security, risk management and good governance through an effective and accessible range of certifications.

Cyber Essentials is a Government backed scheme which focuses on five important technical controls which are designed to guard against the most common internet based cyber security threats. It allows organisations of all sizes to demonstrate their commitment to cyber security. From April 1st 2020 IASME became the National Cyber Security Centre’s Cyber Essentials Partner, responsible for the delivery of the scheme.

The IASME Governance standard was developed over several years during a government funded project to create a cyber security standard which would be an affordable and achievable alternative to the international standard, ISO27001. The associated certification allows small companies to demonstrate their level of cyber security for a realistic cost and indicates that they are taking good steps to properly protect their customers information. The IASME Governance assessment includes a Cyber Essentials assessment and GDPR requirements and is available either as a self-assessment or on-site audit.

IASME have developed the IoT Security Assured scheme to provide an essential opportunity for manufacturers to improve the security of their internet-connected devices and to show they are compliant with best-practice security. The scheme has been designed specifically to be accessible to smaller organisations, micro-businesses and startups alongside more established manufacturers.

The Counter Fraud Fundamentals scheme was developed by IASME in partnership with the Open Banking Implementation Entity. Organisations of all sizes can prove that they have the fundamental counter fraud controls in place..

The ASSURE Scheme provides the aviation industry with a mechanism to manage their cyber security risks without compromising aviation safety, security or resilience whilst ensuring compliance with applicable regulations.

where it all started

IASME was founded on the principle that basic cyber security is an essential requirement for the supply chains of all organisations. It all started with the IASME Governance standard, first developed through a UK Government funded project to develop an alternative to ISO27001 for small companies. At the end of the project a company was incorporated to hold the new governance standard and IASME have championed the interests of SMEs from that point on.

IASME was subsequently invited to help write what became Cyber Essentials, the UK Government basic level certification scheme. Following the launch of this scheme, IASME was one of two pilot Accreditation Bodies to develop and grow the scheme. For more than 5 years IASME offered the Cyber Essentials assessment scheme as an option by itself or, alternatively, as a core part of the wider IASME Governance Certification where IASME were especially successful at engaging the micro and small organisations who, until now, have remained generally unresponsive to cyber security education and improvement.

Following a commercial tender process, IASME were chosen by the National Cyber Security Centre (NCSC) to take over full responsibility for Cyber Essentials delivery and from the 1st April 2020 became Cyber Essentials Partner with the NCSC.

IASME is proud to celebrate diversity and our team is one of the most gender and neuro-diverse within the sector. The company is headed by a female CEO, 60% owned by women, the board of directors is 50% female and 40% of our management team are women.

Over 50% of IASME employees identify as neuro-diverse and IASME work closely with the UK Cyber Security Forum to train unemployed neuro-diverse adults and support them into work.

IASME believes in inclusivity and representation across every level of the company. Our diverse work team allows us to innovate and deliver in a comprehensive and relevant way.