The blockchain, what it is and why will it change the world. 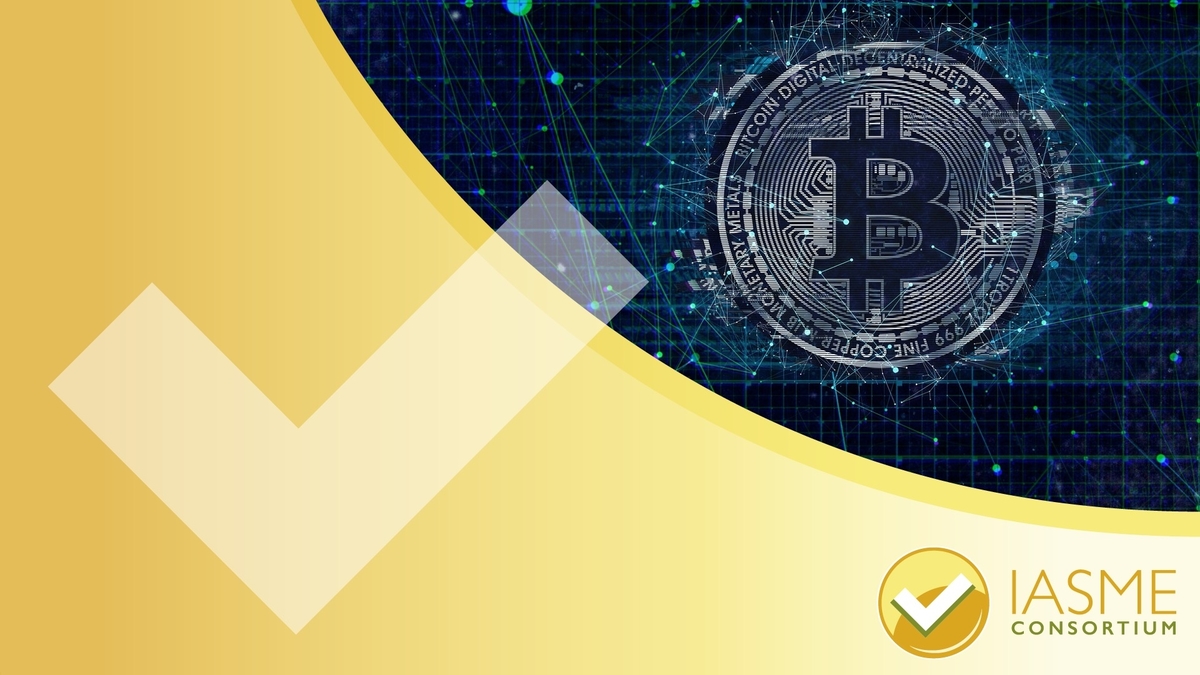 What is blockchain technology?Blockchain technology is something that you may have heard about but not fully understood. Fortunately, a bit like the internet, it is not necessary that you understand how it works in order to use it. However, this revolutionary technology is still in its infancy and to fully appreciate its genius, and to respect its huge potential, it helps to get to grips with some of the basics. Due to the complexity of this subject, there is far too much information to cover in one blog, so if you find yourself asking more questions at the end, than you started with, this is to be expected. Let me simply introduce you to the blockchain.

Traditionally a database is a collection of information, often stored on servers and owned by one company. A blockchain is a database, but it is usually shared across a network of computers with no central owner. Data stored on the blockchain could be anything from a ledger of transactions, a physical or digital asset, personal identifiable information, tracking information, certificates or contracts.

Records or files are bundled together into blocks which have a certain amount of storage capacity. When a block is filled with data, it is linked to the previously filled block forming a chain of data, or a block chain.

One of the largest, longest running blockchain databases is a ledger of transactions of the cryptocurrency, Bitcoin which has been going since 2009. Like most, but not all blockchains, the computers and groups of computers that hold copies of this blockchain are in different geographic locations and operated by different people. The different computers hosting the blockchain are called nodes and this allows the decentralisation of the network. This is often called a distributed ledger.

Each block is replicated across every node that uses the network, which creates a secure and transparent distribution, unlimited back-ups and a record of data that is tamper-proof.When a record has been made and is ready to be added to a block, the computers in the network (nodes) check the details of the record to make sure it is valid and consistent. This consensus system is a good way to solve the ‘double-spend’ problem of a digital currency and is one reason why Bitcoin has been a robust cryptocurrency to date.

Using mathematical formulae to secure the chain
Each block contains a code called a hash which is like a digital signature. This is created by a mathematical algorithm that takes any input string (the data being stored) and turns it into a distinct output string of a fixed digital length. A block’s data will also contain the hash of the previous block in the chain, therefore locking the blocks together in the order they were added. Whether the size of the original file was large or small, a hash function will always generate a code of the same length and any change to the original input will generate a new hash. For example, if a hacker tried to change just one digit or delete one comma from the record, it would completely change the hash, and this would no longer match the hash of the next block. The hash for the tampered data would need to be recalculated which would break the connection to the next block. Recalculating every hash in the chain is prohibitively energy intensive, and would need to accepted across all the nodes as the new truth.

Blockchains such as the Bitcoin blockchain are open to everyone and members are anonymous, so it is impossible to work out who can be trusted. To resolve the issue of trust in such an open network, the blockchain sets mathematical puzzles for the computers that seek to join and add records to the chain to solve. In such cases, a block will only be accepted on the blockchain if its hash meets certain criteria, for example, if its digital signature starts with seven consecutive 0s.

Because the transaction data and metadata need to stay the way they are, a small specific piece of data known as a ‘nonce’ is added to every block and has no purpose except for being appended in order to find a suitable hash that solves the puzzle. Nodes wishing to add a block to the chain thus demonstrate that they have done ‘work’ by solving this increasingly difficult computational puzzle. This is called ‘proof of work’, and is achieved by an activity called mining.

Miners use very powerful computer processors to try as many random ‘nonces’ as fast as possible until they find a nonce that, together with the rest of the block data, leads to the hash output that solves the mathematical puzzle (for example, a hash that starts with seven consecutive zeros). This is essentially guess work; a brute force process that uses a lot of computational power, and therefore a lot of electrical energy which in turn costs the miner real money.

Any user on a blockchain network can participate in this process by downloading and starting the mining software for that specific blockchain.  As a reward for solving the complicated maths problems or ‘proof of work’, miners are rewarded with cryptocurrency. Although some people use their computers to mine in addition to other uses, eg. gaming, many computer systems known as, ‘mining rigs’ are set up for the sole purpose of mining and operate as businesses.  This is especially so in the case of Bitcoin because the mathematical puzzle has become much harder and needs dedicated computer resources to race to find the solution to win the reward.  At the time of writing the hash has 19 leading zeros!Who invented the blockchain?
It is believed that the person or group of people who first presented the concept of the Bitcoin cryptocurrency as a de-centralised ledger in 2008, was using a pseudonym, Satoshi Nakamoto. They have never been publicly identified, although plenty of theories abound as to possible contenders, some being people that had developed related concepts previously.

What are the downsides to blockchain?

Mining has very high energy costs and is wasteful of the worlds’ energy resources.
The energy cost for solving the computational problem is increasingly high as the problems get increasingly hard. New systems are moving away from Proof of Work, to Proof of Stake and other consensus algorithms and off-chain solutions, so it is likely that the energy costs will come down.With Blockchain operating as a global, de-centralized network, it is very hard to regulate and surely provides criminals with a vehicle to move assets around.
In practice, it is a very poor criminal system because every single transaction entering the ledger is tracked. The most famous example of an illegal drug market-place, operating on the darkweb and using Bitcoin, was The Silk Road. It was dismantled by the FBI in 2013 and the operators arrested. As such, the bitcoin blockchain is often termed as pseudo-anonymous. This is because once there is a connection to a transaction (for example, by buying or selling bitcoin through an exchange), the rest of the associated transactions can be traced and investigated.

Without an intermediary, you are on your own.

Unlike with a bank account, if you store cryptocurrency like Bitcoin in a wallet, you alone are responsible for keeping the password (private key) safe and secure.  If you forget it, there is no bank to reset the password; your funds will be lost.  Equally, if you inadvertently divulge your private key, your funds can be moved quickly and irrecoverably.

Why is it revolutionary?
Blockchain is a revolutionary technology because once a record is validated, it becomes permanent, secure and immutable. The technology eliminates the need for paper processes, or the need for ‘trusted’ intermediaries and middle-men. It can speed up transaction times and increases efficiencies and transparency. In the case of a cryptocurrency like bitcoin, it provides a trusted peer-to-peer means to exchange currency almost instantly around the world.
Despite Bitcoin exchanges getting hacked, such as Mt Gox in 2014, its blockchain algorithm (SHA-256 hash) and associated protocols remain secure, and so the bitcoin blockchain itself has never, so far, been hacked.

Besides cryptocurrency, what can blockchain be used for?
Blockchain is a technology, a tool, an enabler and there are many different applications.

As a record keeping database, blockchain has enormous potential for use in healthcare, real estate and intellectual property and voting. Tracking and verifying goods within a supply chain is another use, an example could be proving the provenance of a diamond, or tracking the quality and integrity of food from source to store.

Smart contracts are a very secure way to make sure that all terms of a certain contract are fulfilled. When a computer code is built into the blockchain, like the Ethereum blockchain, it can facilitate, verify or negotiate a contract agreement. Smart contracts operate under a set of conditions that users agree to. When those conditions are met, the terms of the agreement are automatically carried out which negates the need for a third-party intermediary.

What is the future of blockchain?
Hailed as one of the most disruptive technologies in decades, and a leading solution for trusted record keeping, blockchain technology is at the heart of the shift from a centralised server-based system to a cryptographic, transparent, de-centralised network.

The banking and finance sectors are particularly exploring this technology, as it has the potential to reduce bureaucracy, bring faster transactions at lower costs, increase security and reduce errors by up to 95%.

Many people think that eventually governments may start to implement blockchain technologies for effective data management. It is possible that governments may also recognise the benefits of blockchain derived currencies and launch their own regulated cryptocurrency in the future.

But, for now, blockchain technology is still relatively immature, and many businesses will continue to watch carefully to see how it develops in the next few years.